The client is the IT Strategy & Architecture department of a major pharmaceutical company.

Following a costly and time consuming deployment of Windows Vista, the S&A group had been requested to develop a desktop strategy that would significantly reduce the impact of future operating system upgrades. Having developed a strategy based on Desktop Virtualisation (VDI), the S&A group were seeking to prove the virtualisation technologies within their own environment.

Our brief was to take over from the current Project Manager (who had to leave at short notice) and manage the Proof of Technology (PoT) (or Proof of Concept) project including infrastructure installation, software configuration, vendor management and user testing of the prototype service. The project had just started.

Initially we met with all the vendors and internal departments involved in the project to establish the necessary activities to deliver the PoT infrastructure. A work programme was developed and daily teleconferences held to monitor the rapid installation of the environment.

The major challenge was obtaining the support and input of service vendors necessary to deliver services to a project with a small budget and which was outside the “normal” service agreements; this was overcome by keeping the service providers involved, demonstrating the mutual benefits of success and, where necessary, escalation.

With the infrastructure build underway we then:

When the infrastructure and configuration was completed, test users were allowed to access the test environment on a phased basis.

Once the testing process was underway, we initiated a number of activities to ensure the CSFs were successfully achieved and to enable the client to move to the next stage of their Virtualisation strategy: 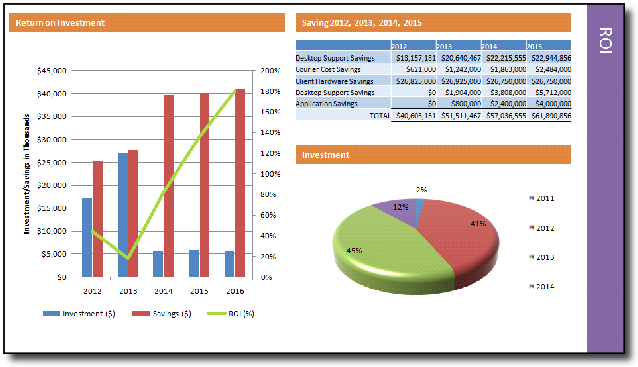